The publication of HMIC PEEL Effectiveness reports lay out the truths for many police forces around their performance relating to a number of areas of policing.

In amongst the headlines highlighting areas for improvement, it’s easy to miss those doing things well. It’s important the public know when things are meeting and beating their high expectations. As a key part of the Strategic Policing Requirement to collaborate, connect and be consistent it is essential that police forces share what works in order to excel.

It seems that despite many years of talk about the use of technology to help prevent and detect crime and to make significant cost and efficiency savings, there are still some areas of policing that are not yet realising and harnessing these benefits.

An underlying theme of the HMIC ‘National Overview’ report is the lack of ability to adapt to shifts in demand; the types of crime and the way networks of criminals work today can often leave the police on the back foot. Criminals are not constrained by geographic boundaries like police forces are and so it is of paramount importance that forces and agencies are joined up and are sharing the tools, practices and systems that work. One area of policing particularly impacted by these issues is serious and organised crime. Merseyside Police, who is in the top three of all Forces in the country for organised crime groups per one million of the population, received a rating of ‘outstanding’ for its tackling of serious and organised crime. They received plaudits from HMIC for a number of different ways that they are keeping the public safe and protecting vulnerable people from groups causing serious harm.

HMIC cited, as part of their success, the pam solution for Serious and Organised Crime: “The use of the force’s project management computer system supports effective internal communication, governance and review. The force also has ways of reviewing and learning from its activity in this area.”

Drug activity was found to be the main criminal activity for organised crime groups in Merseyside but with the use of technology, officers are able to identify and map groups, sharing insight with partners and identify links to other areas of criminality such as people trafficking and CSE. This allows for the lifetime management of organised crime groups and dynamic digital approaches to enable a holistic perspective on the 4Ps Strategy: Pursue, Protect, Prevent and Prepare. It is important to note that this solution is far more than simply a project management system. It is a comprehensive blueprint followed and developed through best practice to pursue organised crime groups, protect and prepare vulnerable people and communities, as well as prevent and reduce demand from this type of crime in future. 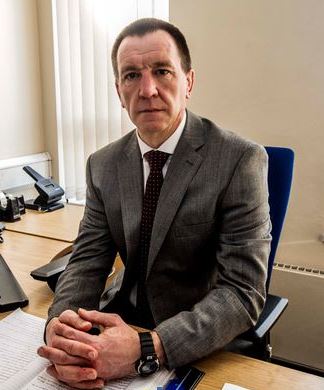 He said: “We are very proud to have received the ‘outstanding’ HMIC inspection result. I firmly believe it is because of the people involved doing the hard work, and the plans we have in place. I also have no doubt our ‘outstanding’ rating is, in part, as a result of this innovative way of using technology to help us execute and hold everyone involved to account.

“We use the pam cloud software to work internally and with partners, from a 4Ps strategy level, with a lifetime management based approach to Organised Crime Groups, all the way down to operational day to day management, from one place.

“pam breathes life into plans, tactics and promises that are otherwise just good intentions that had previously proved very difficult or expensive to govern, manage and achieve. It allows us to collaborate on delivery and easily demonstrates the decisions and actions behind the work being done. That provides for great learning, auditability and sharing, and of course, reinforces our evidence-based results approach.”

By using the 4Ps strategy to drive the design of the solution police forces can be sure they’re adhering to good practice as well as getting results quicker and at a lower cost – financially and to the public in terms of harm and reputation.

To find out more about joining up your Force or Agency response to serious and organised crime click here.

Due to the nature of the work being done on the platform we are unable to publicly share case studies and detailed examples on the website. However for relevant personnel we can share much more and demonstrate the platform in practice. Please contact us using the quick entry form below.